Miraitowa and Someity, the mascots of the Tokyo 2020 Olympic and Paralympic Games, were unveiled on February 28, 2018. The mascots were created by Ryo Taniguchi. It was chosen by 109,041 votes defeating Kana Yano's Set B by 61,423 votes and Sanae Akimoto's Set C by 35,291 votes. The mascot later made their official debut of July 22, 2018 and they unveiled their names the same day.[1]

Miraitowa is a figure with blue checkered patterns, old-fashioned traditional charm and new innovation. It is also very athletic. 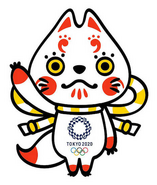 Someity is a figure with pink chequered patterns and cherry blossom flowers. It is a cool character, calm but powerful when needed and it can speak to the wind. 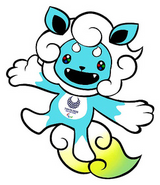 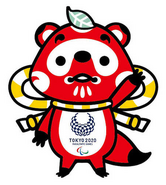 Retrieved from "https://olympics.fandom.com/wiki/Tokyo_2020/Mascots?oldid=52322"
Community content is available under CC-BY-SA unless otherwise noted.